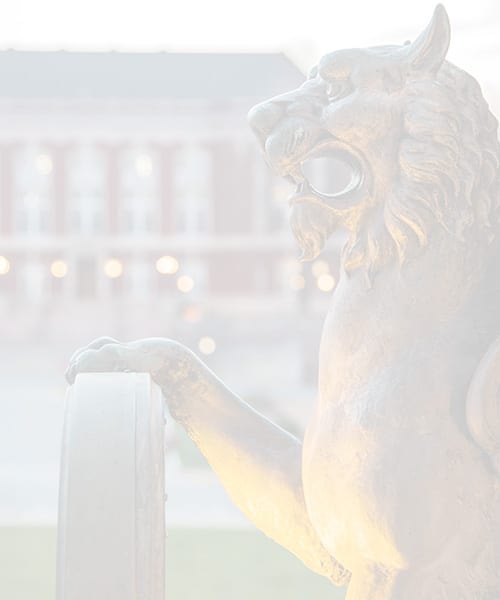 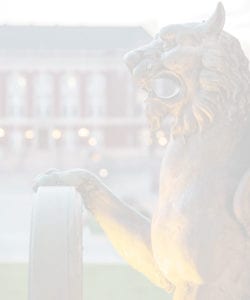 There is no known picture of Judge Mathias McGirk, the Court’s first chief. 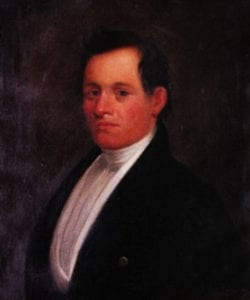 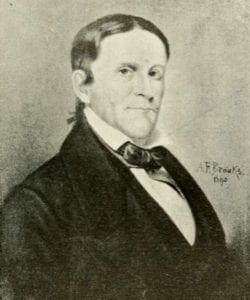 The original Supreme Court of Missouri, instituted in 1820 by the state constitution, comprised of three Supreme Court Judges: Chief Justice Mathias McGirk, Judge John D. Cook, and Judge John Rice Jones. An 1872 Constitutional amendment increased the Court’s size to five judges, and an 1890 amendment further increased the size to the seven-judge court of the present day. The first three individuals nominated to the Court by Governor Alexander McNair were Silas Bent, Mathias McGirk, and William Sprigg. However, only McGirk accepted the appointment. Governor McNair then nominated John Dillard Cook and Judge John Rice Jones, who accepted.

Judge McGirk became the first chief justice and was the longest serving of the first three judges. McGirk had moved to Missouri from Tennessee in 1812 and was nominated to the Territorial Legislative Council, the governing body for the Missouri Territory, by President James Madison ion 1813. As a part of the Territorial Legislative Council, McGirk was instrumental, as he drew from parts of English common law that did not contradict existing law or the United States Constitution in drafting a bill that became the basis for Missouri’s law. Before McGirk joined the Court, he was an attorney for an enslaved woman’s fight for freedom in 1817. That case, Susan v. Hight (1821), was the first freedom suit heard after Missouri was admitted to the United States. When the case reached the Court in 1821, McGirk was a judge on the Court. His name does not appear in the opinion, perhaps because he recused. The Court reversed the judgment of the St. Charles County circuit court, which had ruled Susan was to remain in slavery. McGirk authored many opinions over the course of his long career as judge on the Court, spanning six volumes of the Missouri Reports. One of his most influential opinions was Rachel v. Walker (1836), which affirmed that residence in a free state or territory granted a slave freedom. McGirk continued to serve on the Court until his resignation April 23, 1841. He died the next year, on August 14, 1842.

Judge John D. Cook, the second of the Court’s three judges, was appointed November 16, 1820. Cook attended law school at the age of 22 and was admitted to the bar of Franklin County, Kentucky. He then moved west, to Ste. Genevieve, Missouri. He established himself as a lawyer in the state, becoming a representative in the Territorial Legislative Council in 1818. Two years later, he was chosen to be a delegate to the convention that would draft Missouri’s first constitution. Cook resigned from the Court after only three years, in May 1823. Later that year, he accepted a position as a circuit judge for the Tenth Judicial Circuit in southeastern Missouri. He served as a circuit judge until 1848, when he resigned to become United States district attorney for eastern Missouri. He served as district attorney until he resigned in 1850. He died two years later in Cape Girardeau, Missouri.

On November 27, 1820, Judge John Rice Jones became the third and final judge appointed to the Court. Jones studied both law and medicine in Oxford, England, before moving to London to practice law. In 1784, he moved his law practice to Philadelphia. He eventually became attorney general for the Indiana Territory, serving under Territorial Governor William Henry Harrison. In 1805, while still living in the Indiana Territory, he became a representative in Indiana’s Territorial Legislative Council. Three years later, he moved to Missouri and, like Cook, was selected to be a delegate to the 1820 state constitutional convention. Also like Cook, Jones’ time on the Court was brief, serving from 1821 until his death February 1, 1824.