The SUPREME COURT of MISSOURIHistorical Society

The Supreme Court of Missouri Historical Society is a Missouri non-profit corporation founded in 1983. The Society’s purposes include encouraging research into the Court’s history, promoting increased popular and scholarly knowledge of history of Missouri’s judicial system, preserving the Supreme Court building, and displaying artifacts of permanent value.

Join The Society
Make A Donation 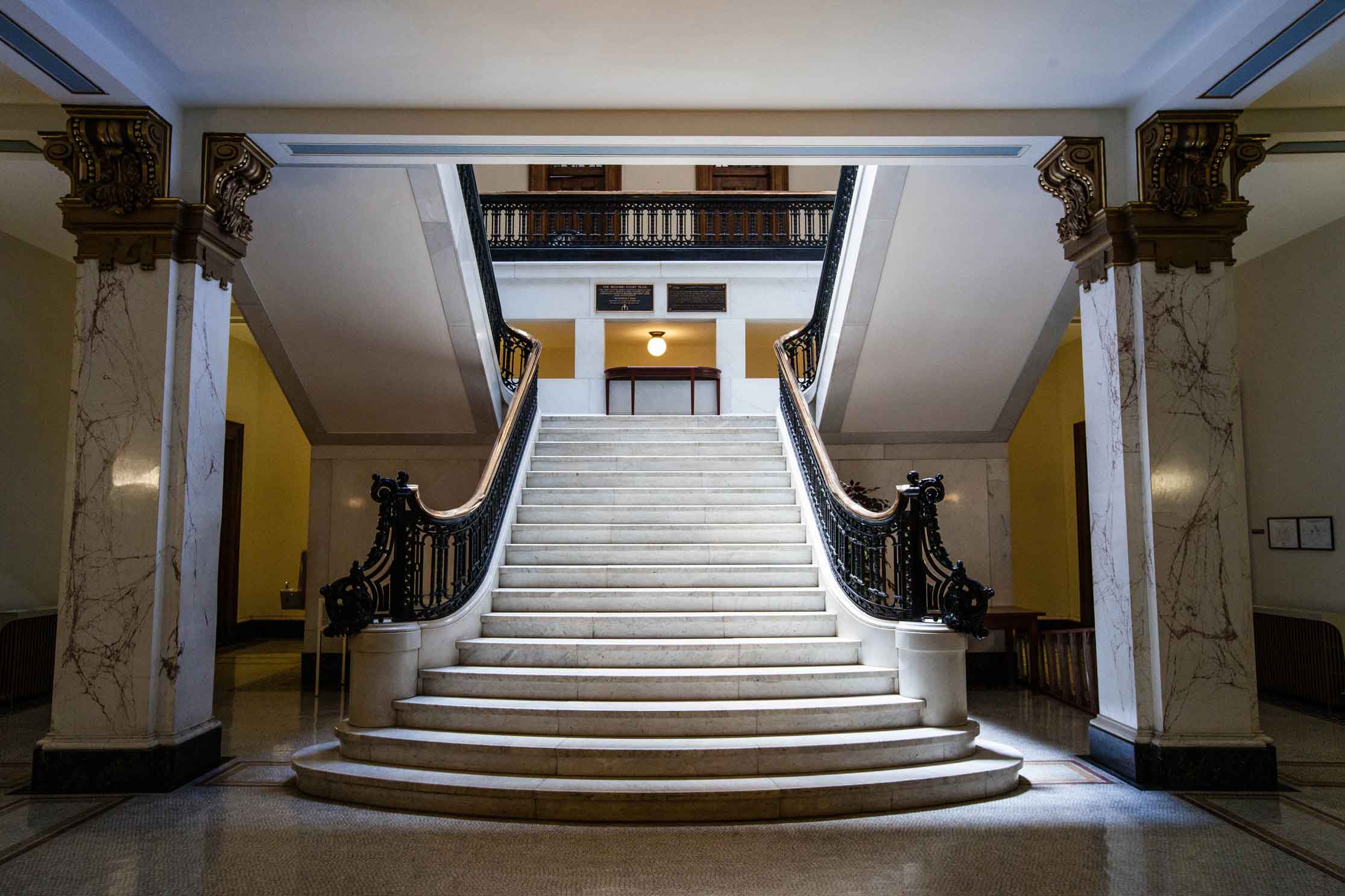 In November 1940, Missouri voters approved by initiative petition the “Nonpartisan Court Plan,” which has now been adopted in more than 30 other states.

When Missouri first became a state, judges were nominated by the governor, with the advice and consent of the senate. They served for life. Missouri then adopted judicial selection by direct partisan elections. Then in 1940, with the public increasingly concerned with outside influences as well as congested dockets due to time the judges spent campaigning, they adopted what is now called the “Missouri Plan.”

There were originally only three judges on the Supreme Court of Missouri. That number was expanded to five in 1873, and reached its modern size of seven judges in 1891.

Construction of the first Supreme Court of Missouri courthouse started in June 1877, and was built by prison labor. Construction on the second (and current) Supreme Court of Missouri courthouse began in 1905 and was build using excess funds from the appropriation for the 1904 Louisiana Purchase Exposition (also known as the St. Louis World’s Fair).

The current Supreme Court of Missouri courthouse – “the red brick building” – is an example of early 20th century Beaux-Arts architecture. The building is home to the highest state court and houses two courtrooms, a law library, the Attorney General’s Offices, and chambers for the Court’s seven judges.