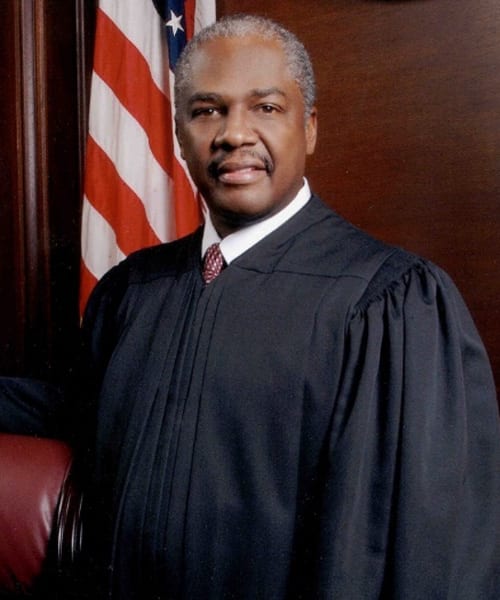 White earned his law degree in 1983 from the University of Missouri-Kansas City School of Law, where he was president of the Black Law Student Association. After his admittance to The Missouri Bar in 1984, he worked as a trial attorney for the public defender’s office in the city of St. Louis and St. Louis County and began private practice at Cahill, White and Hemphill. White was elected to the Missouri House of Representatives in 1989 and served as the chairman of the House Judiciary and Ethics Committee and the Civil and Criminal Justice Committee while in Office. He resigned after three terms to become city counselor to Mayor Freeman Bosley in St. Louis.

Governor Mel Carnahan appointed White to the Missouri Court of Appeals, Eastern District, in 1994 and then to the Supreme Court of Missouri in October 1995. He was appointed chief justice in 2003 and served a two-year term. Judge White retired from the bench in 2007 and re-entered private practice. President Barack Obama nominated Judge White for the United States District Court for the Eastern District of Missouri in 2014, where he continues to serve.

Judge White has many honors and awards throughout his judicial career. He was granted the Theodore McMillian Judicial Excellence Award, the Distinguished Jurist, Legal Legend, and American Presiding Judge Awards by the Mound City Bar Association, the distinguished Lawyer Award, the Gallery of St. Louis Legal Pioneer Award by the Bar Association of Metropolitan St. Louis, the Supreme Court of Missouri Chief Justice Award, and so on. He was also given an Honorary Doctor of Law from Harris-Stowe State University and Saint Louis University in 2000. He has been a prominent member of legal organizations in his community, leading as chair of the Appellate Judicial Commission from 2003 to 2005, honorary co-chair of the Missourians for Fair and Impartial Courts Committee from 2007 to 2009, and adjunct faculty member for the National Institute of Trial Advocacy. Judge White’s membership in the St. Louis County Bar Association since 2007 and the Mound City and Metropolitan Bar Associations since 1985 is ongoing