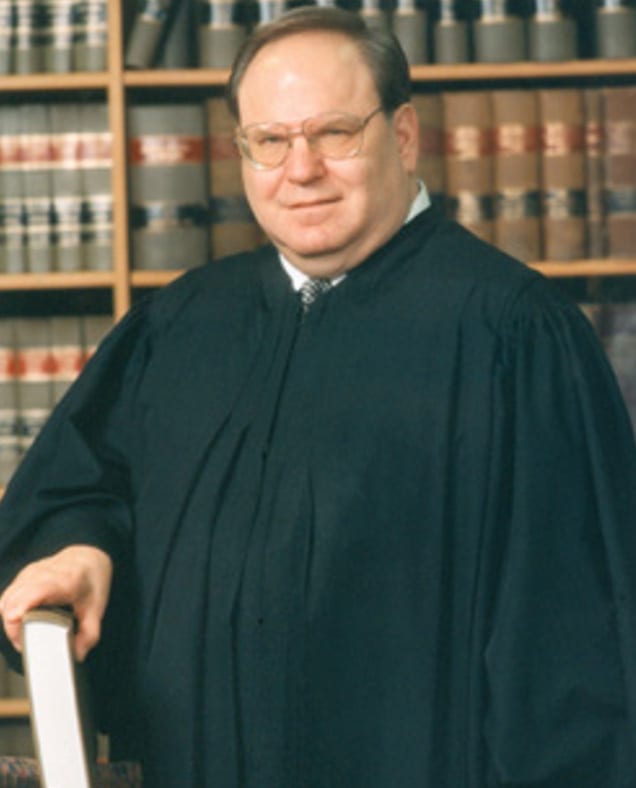 Judge “Rick” Teitelman made it a routine of his to walk around the courthouse before proceedings began. He would often arrive late to the courtroom after his walk, so it was common for him to be waiting outside the room, greeting people by the door as they entered. Thus, his portrait is displayed just outside of the courtroom doors, as a permanent greeting to visitors of the Supreme Court.

When Teitelman was declared legally blind at age 13, his family insisted that he continue with his public-school education. He went on to attend University of Pennsylvania to major in mathematics and earned his law degree in 1973 from Washington University School of Law. Teitelman was one of the first students with visual impairments to attend the law school. He began his career in solo practice, before becoming a staff attorney at Legal Services of Eastern Missouri and eventually working his way up to executive director and general counsel there.