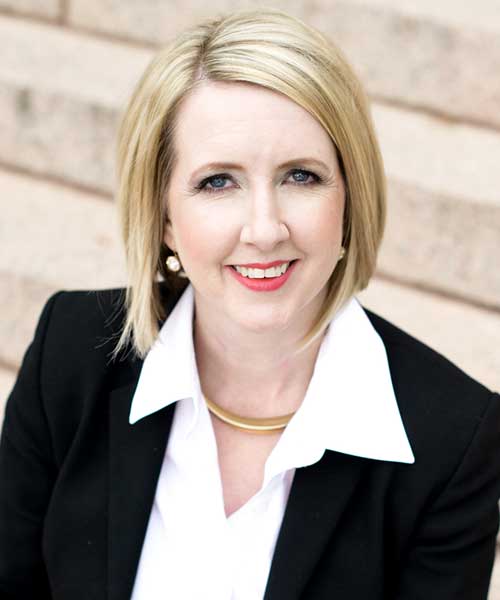 Clerk of Supreme Court, 2017 to present

A native of Alton, Missouri, Betsy Ledgerwood AuBuchon is the first woman to serve as clerk of the Supreme Court of Missouri. She began her career with the Court in 2012, serving first as commission counsel for the Judicial Finance Commission and legislative liaison and was reclassified nine months later to become director of government relations and deputy counsel. She was promoted to clerk effective January 1, 2017.

As clerk, AuBuchon’s duties are vast, including not only managing and supervising the Supreme Court of Missouri’s internal operations but also taking on additional responsibilities encompassing the entire state judiciary, as chief administrator for the third branch of government. In this capacity, AuBuchon supervises the Supreme Court of Missouri’s office of state courts administrator, through which it provides support for all lower courts in the state.

She also serves as treasurer for the board of law examiners and oversees twice-yearly bar enrollment ceremonies.